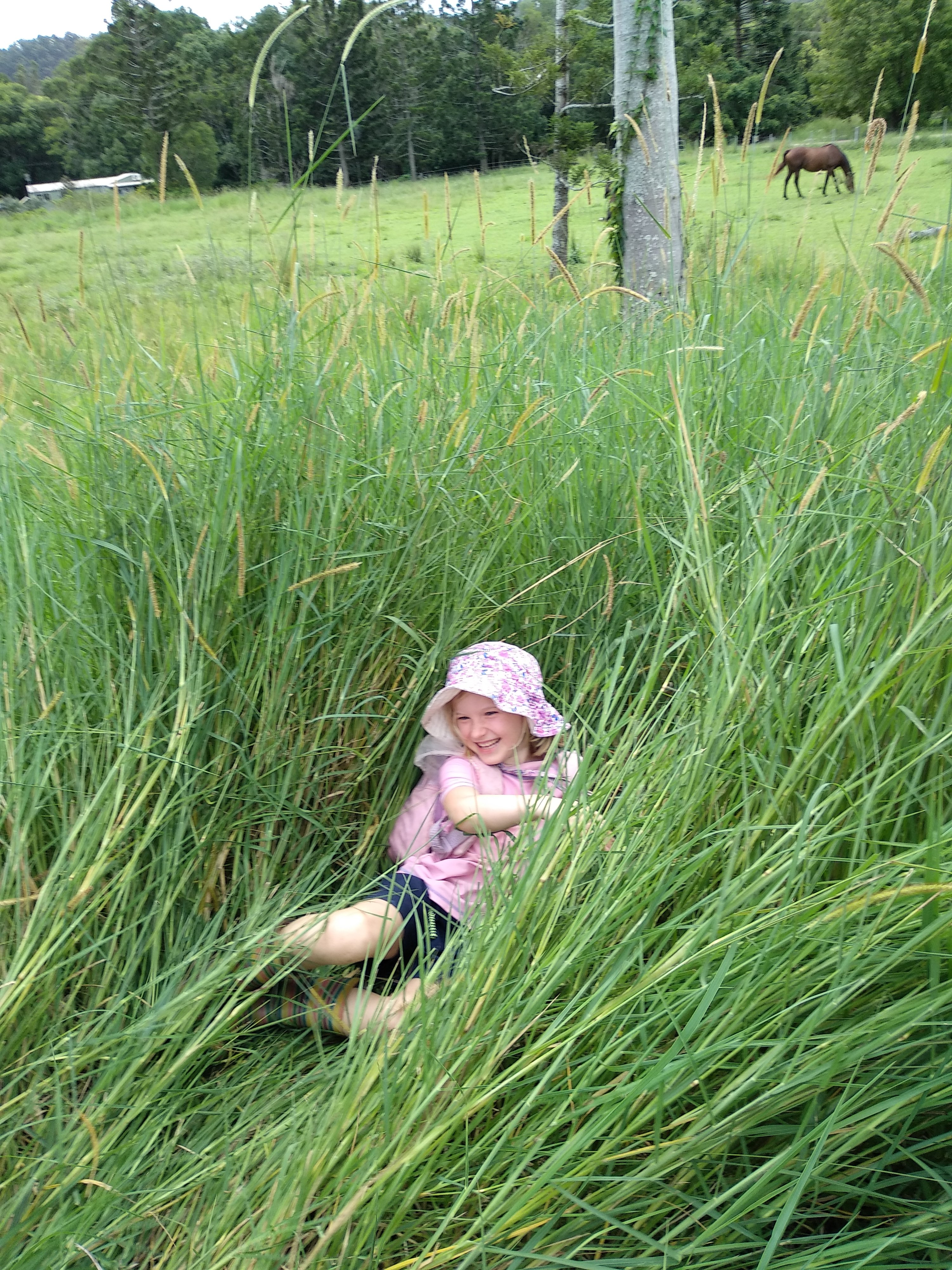 We love our Birdwings Bush Club, Little Birdwings Forest Kindy and School Holiday Forest School programs for so many reasons:

Children are developing a deep connection to wild nature,

plenty of nature play and adventure,

engaging physically with our bodies with challenging and risky play,

all the learning about safety, self-awareness and well-being,

but mostly we love to have fun with friends in the forest,

and that’s one of the best reasons of all.

“We wish you offered a day for grown-ups!”
“Can we play too?”
This has been a comment we have often heard from parents as they enrol their children into our Birdwings nature connection programs, or asked by colleagues when we discuss our work with nature pedagogy. Since opening our children’s nature connection programs in July this year, we received repeated requests for adults to be able to experience the joy, freedom and creative connectedness of the Little Birdwings and Birdwings Bush Club kids – so we listened. Birdwings hosted the inaugural intuitive nature connection retreat in our special spot in Guanaba deep in the Gold Coast Hinterland.

“Botanical Wisdom” was the theme of this retreat, with the aim of increasing our awareness and intuitive connection to nature, held in an environment is so breathtakingly beautiful that instant connection to nature is unavoidable. The moment we crossed the creek and continue through the rainforest canopy to our base camp, we took a sharp breath in – and instantly sighed out in an exclamation of wonder and beauty. This is a healing, ancient and protected place.
Our movements throughout the day echoed the rhythm of our Bush Club day, beginning with a ceremony of connection and Acknowledgement of Country, preparing ourselves to be present to the learning of the Earth given to us today. For each of us on this day, the learning would be different. We traced the steps of our Bush Club children, walking the path to the waterfall for a play in the pure running water. We paused first for a deeply restorative yoga session by the creek, offered by our yoga teacher Angie Topham. A quick cuppa boiled on the Kelly Kettle, and a bite to eat before continuing along the track, then we were guided by our botanical expert, ranger Victoria Bakker, who spoke about plants with the warmth and familiarity of long-time friends. She introduced us to the healing qualities of red ash and bracken, we tasted wild edibles such as native raspberries, watercress and lomandra and we swooned over little native lobelia blossoms. We admired the strength and the resilience of the endangered pararistolchia preavenosa (Richmond Birdwing Butterfly vines) and discussed ecological balances: everything has its place and its purpose in the bush. We could not help but move into a state of awe and wonder, drawing our own metaphors for our individual experiences.

The waterfall brought joy and play as we embraced the cold water, searched for water bugs and living things along the creek beds. We were even graced by the sighting of an endangered Richmond Birdwing Butterfly, after which Birdwings takes its name. It flapped slowly up high and soared on the breezes as high up as the treetops, signaling our return to camp – a challenging route over boulders strewn through the creek bed. This involved moving our bodies in new ways, breathing through the challenge and keeping sight of the end. We arrive and were rewarded with lunchtime and a relaxing afternoon of botanical watercolour painting with our Narell and weaving in the shade with Geira Jen, both artists loving being able to celebrate their creative connections to this place.

The day was an opportunity to embrace challenge and let ourselves move through it with grace and awe. There were moments of deep connection, playful joy, relaxed meanderings and thoughtful reflections. It was a wonderful opportunity to share the inner work that happens in our nature connection programs – this is the work we don’t discuss with children, and yet we see it unfolding within them week by week. For the adults who joined us on Sunday, this is a journey just begun and we hope that you create regular moments to reconnect in nature play for yourselves, to continue this deepening of spirit. Let nature do this work with you.

We will also be offering training in our particular style of nature connection – perfect for educators beginning bush kinder programs or for experienced nature pedagogues wishing to deepen their practice with restorative, healing mentorship. 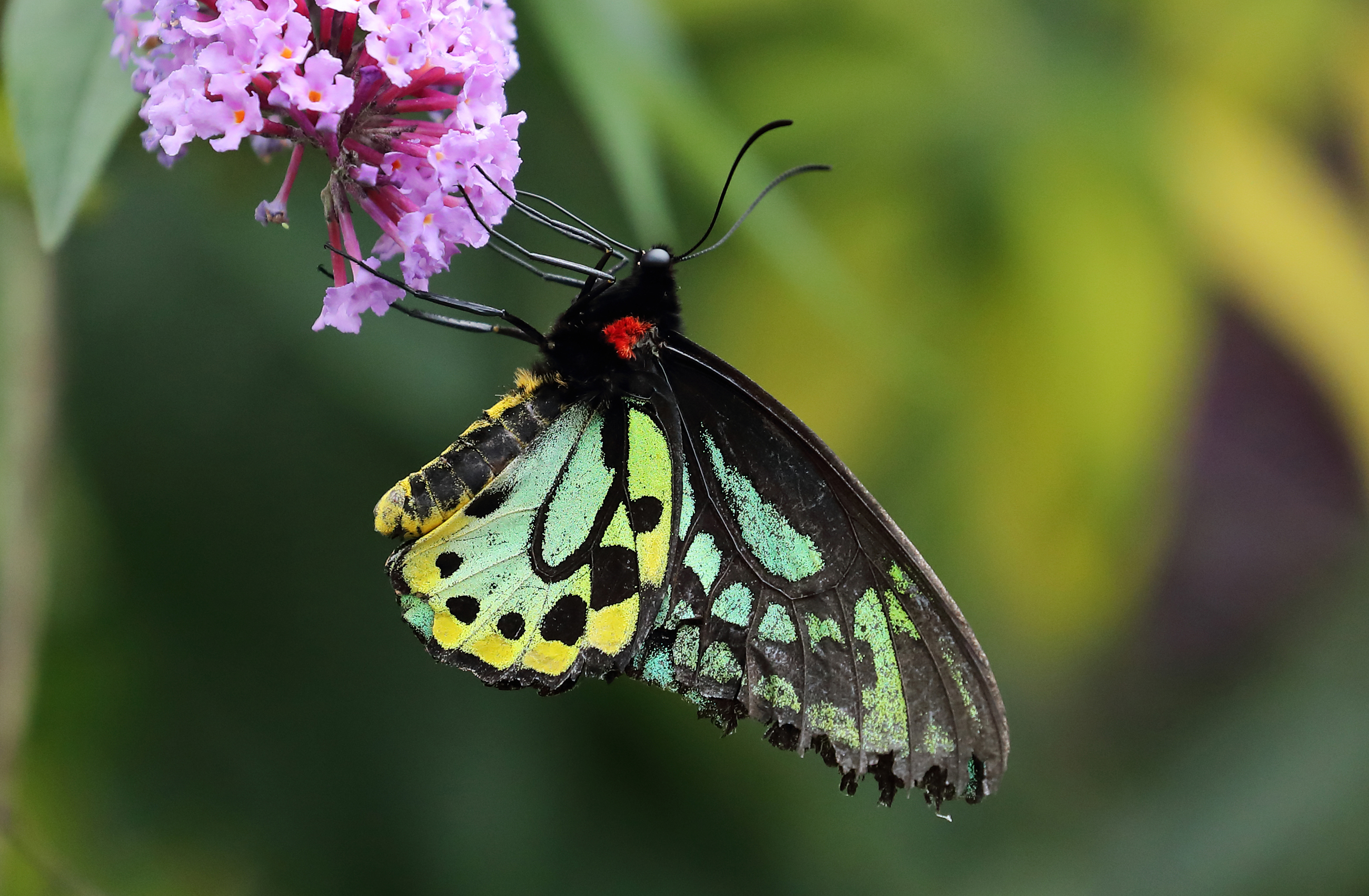 In a Bush Kindy deep in the rainforest at the base of Mt Tamborine. A place where the endangered Richmond Birdwing Butterfly (Ornithoptera richmondia) is known to live. The butterfly lays its eggs on the vines (Pararistolochia praevenosa) and the caterpillars eat this vine. However both the vine and the butterfly are endangered due to habitat destruction and a mimicking toxic weed. Here is their story.

At Bush Club one day in November 2017, we were relaxing at our base camp when we spotted a beautiful butterfly. It was very noticeable as it was so big. It had lots of colours on it too and appeared to be flying slowly. Could it be? Could it really be? I started to get excited, the children were wondering what is going on. Yes, from my knowledge this just had to be a Richmond Birdwing Butterfly. They are endangered, I knew that. They are only found in and around Mt Tamborine.

Oh, I squealed for joy and tried desperately to film it. I missed iti but filmed the children and I discussing why the butterfly was endangered, why was the vine endangered too. What can we do about it? They came up with some great suggestions. From making pretend vines so the housing developers would destroy those and not the real ones, we would hide them in secret places that they couldn’t find. To making a contraption to catch all the butterflies to keep them safe.

I told the children I would look into how we could get some vines to plant here. We then went walking as we did every day, way up high, halfway up the mountain where we spotted 5 butterflies. Wow, what an incredible day we had.

I then spoke to several different organisations which led me to Healthy Land and Water, who agreed to give us a grant of $500 to purchase the vines to plant for the butterflies. Finding vines to purchase was difficult, they are slow growing, don’t like to me moved or their roots disturbed and of course are endangered. Eventually I secured some vines from Mr Richard Bull who is the Richmond Birdwing Conservation Network Committee & Gold Coast Area Representative.

We invited Mr Todd Burrows from Land for Wildlife and Mr Richard Bull to come along and talk to us further about the butterflies and the vines. We showed them all the cool spots where the established vines are growing, where we see the butterflies and where we think would be some good spots to plant. We were so lucky to see some butterflies too.

We then organised a big planting day where we invited the families to come along and plant the vines with us. Every week we check our vines and water them. They are growing so well. We even found a caterpillar on one of them. We will soon invite interested people to come and look at what we have done. We are so proud. We hope the butterflies thrive and live forever.

Now that the vines are growing so well and we have seen caterpillars and butterflies on them we know the vine planting has been successful. In fact it has been so successful that the Queensland Wildlife Preservation Society recently wrote about us. “The GIPA team work with an Early Childhood Educator who takes kindergarten children to the site to plant vines and learn about conserving the birdwings. These grassroots efforts are making a difference to the population and sightings of the birdwings.”

Phase 2 is about seed collection and propagation of the seeds into seedlings for future planting.

This project is continuing into 2020 and beyond. We have planted and nurtured many healthy vines in the rainforests of Guanaba, and are delighted to see a healthy population of Richmond Birdwings returning to the Gold Coast. In 2019 we were interviewed by Nature Pacific in an episode from their Back From the Brink series, specifically about the progress of Richmond Birdwing Butterfly conservation in SE QLD. We are very proud of our work, and of the children for continuing the project with care for the future.

Birdwings on Instagram
🌿🌲CELEBRATING NATIONAL TREE DAY🌱💚 250 koala habitat trees have been planted on our kindy site by our Little Birdwings Forest Kindy children, our community of families and our greater community of nature-connected locals.
2020 QORF Award Winner